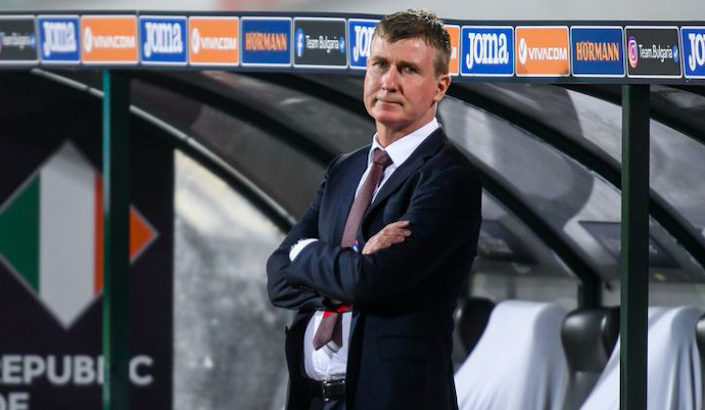 On the 4th of April 2020, the FAI announced that they would part ways with Mick McCarthy and would appoint Stephen Kenny as manager of the Irish senior national team, after having managed the U21 team for 2 years. His appointment was greeted with much applause by the public but that seems long time ago now.

It seemed like the qualification for the Euro 2021 was a real possibility back then and who knows if he had pulled it off? Things might have been very different if Ireland had won against Slovakia in the penalty shootout. The defeat seems to have knocked all wind and passion out of the squad anyway.

Well, things did not go to plan and the struggle is more real than ever for the Irish football team.

Is Stephen Kenny’s days numbered or will he turn the ship around?

Labeled a “progressive coach” ,  Stephen likes possession and keeping the ball compared to the Ireland of old, where it was just crosses and counter attacks down the wings and hope the striker would score and then sit back. Kenny’s last job before he was hired was the Ireland U21 team, a side which he had a decent amount of success with. He managed them for 17 games, collecting 8 wins, 6 losses and 3 draws. In that amount of time, they only scored 20 goals but only conceded 16 which at least shows that they were a hard team to break down but also not very creative.

Looking  at his tenure at the senior national team, we will have to take it with a pinch of salt, as he has only managed 8 games, which is still a decent size of games but not enough for him to have made his mark, at least in my opinion. It can only go up from here, his record reads; 8 games played, 5 losses, 3 draws and 0 wins.

In those 8 games Ireland have only scored 1 goal and conceded 7. 2 of those draws were 0-0 and the top scorer was Shane Duffy, a CB who scored in the dying minutes of Kenny’s first game away to Bulgaria. The stats do not read in his favor. One positive is that their average possession has gone up which is now at 50%, so they are keeping the ball more, but they don’t really have anything to show for it.

Since Robbie Keane retired, I’d say there hasn’t really been a proper striker up front for Ireland but now Adam Idah has come through and is playing his club football at Norwich in the Championship where he has been doing very well. He is a definitely a very promising player and maybe Stephen should try to build the attack around him.

The modern game also requires attacking full backs and he has the perfect answer in Matt Doherty.     His last full season (19/20 season) at Wolves he racked up 4 goals and 4 assists but more crucially also had 0.6 key passes per game which was the 6th highest in the league that season.

This stat shows us that Doherty was a key member to that Wolves side and ultimately that’s what earned him that move to Spurs. Kenny can use this to his advantage by having Doherty hug the touchline, stretching the opposition defense and then allows the RW more space to manoeuvre inside or to play a one two and get past the defender and then there is space available for a cut back.

But Kenny has to allow Doherty to roam forward and engage in the attack rather than barely going past the halfway. Another problem Ireland face, is that they don’t have a creative player. Stephen Kenny has tried to use Hendrick for the job but it’s obvious that he is not built for the number 10 role.

A possible solution or at least an alternative to this could be Alan Browne from Preston North End, who is  consistently playing for Preston. Either way, Stephen Kenny needs to inject some creativity, so I’d say call up Alan Browne, and have him play some sugar balls in for Idah or Long to chase. Alan Browne can even ping long balls to either Stevens or Doherty on either flank for the time being until he finds a number 10 that works for him.

Judging by the results, I would say that Stephen Kenny has been a poor appointment by the FAI but it’s way too early to be making a decision on his future. I think, if Kenny was to be a bit braver in his tactical decisions and just push a few more men forward and implement more of a pressing style when they lose the ball, then they could get some better results.

All the so-called experts and newspapers are out saying that his days are numbered, and he deserves to get fired. The FAI would be fools if they let him go so early but then again, the FAI has been making fools of themselves lately with the documentary of John Delaney.

People need to accept that change take time and that Stephen Kenny is a brilliant football manager with some great results behind him. Just look what he was able to do with Dundalk in the Europa League and besides that, who would the FAI replace him with? Maybe another Trapattoni who can’t speak to the press or the players? Bring back Mick McCarthy? Who know what they are thinking if they are really serious about sacking a man after 8 games?

Here is a betting prediction: Stephen Kenny will turn the ship around, create some great Irish Football moments and shut everybody up!

Would you place that bet? We do…If he gets some respect and space.