How To Find Value In Sportbetting?

Are you betting for fun in the weekend? Or are you trying to make it a profitable hobby? If its for profits then you need to understand value betting. Nowadays, there are so many ways to bet that it can be hard to focus on the most important things. . Forget about the tempting accumulators, first goalscorers or Henze Systems because the only thing that will make your betting account succesfull is your dedication to research games and dig for the value. In this article we will introduce you to value betting and teach you where to find value bets.

What Is Value Betting?

Let’s try to describe, as simply as possible, what a value bet really is: It is a bet where the probability of a specific result is better than what a bookmaker has estimated. By value betting you are placing bets on a team that has a bigger chance of winning that what the current odds suggest. This way you have a better chance at scoring a profit from the bookmarker.  Another good way to explain value betting is with the example of a coin toss.

We can quickly agree that the chance of the coin landing on heads or tails is 50/50. When the probability of an outcome is 50%, the odds in numerical value is 2.00. If someone, however, walked over to you and offered you 2.1 odds if it lands on tails you would want to take it as fast as possible. This is simply because the odds, 2.1 is better than the true worth of the bet at 2.00.

While we quickly can agree that there still is a 50% chance of you losing, you must consider it this way: If you play the coin toss several thousand times at odds 2.1, you will slowly start to build up profits. This is the whole idea behind value betting. Consistently finding value bets and slowly building up the profits.

Why use value betting on sports? As you probably know, the odds on a sports game changes constantly as different variables in the game change. This could for example be if a player is ruled out of the game, if a team scores a goal, or because of injuries announced right before the start of the game. And above everything else, Bookmakers don’t want to loose money. In any match or event, the bookmakers have built in safety net for themselves and a disadvantage for you. No bookmaker in this world would give you odds 2.00 in our example with the coin-toss. They should give your fair odds but they would offer you 1.90 or below. That way, they will always win in the long run.

You want to have a look at Tottenham and Manchester city as they play today. A few hours before the game you research around for the best odds and you see that a bookmaker is offering 2.90 for Tottenham, 4.60 for X and 1.75 for City. That seems fair since City is unbeaten in 12 matches, through to all cups games and doing great in Champions League.

One hour before the game, however, the teams were announced. To a big surprise, Manchester City had decided to play with the B Team more or less as Pep Guardiola wants to rest the players before they play Juventus 72 hours later in Champions League. The change in this variable naturally improved Tottenhams chance of winning, and the betting market quickly adapts to this information. However, the bookmaker you visited in the beginning has not picked up on this information and is still offering 2.90 for Tottenham victory, so you go ahead and place your units on Tottenham. All the others bookmakers are now offering 1.70 to Tottenham but because you acted fast on the news, you now have a really good value bet.

Again, like our coin toss example, you would still have a chance of Manchester City taking the victory and you losing the money, but by placing value bets like this again and again, you have a good chance of building up profits in the long run.

How To Find A Value Bet

Identifying valuebets can take time but with time, you will become better and more efficient. There are all kind of  value betting software on the market with many lofty promises but don’t buy into it. When looking for value bets yourself it is all about analysing previous games, finding patterns, Teamnews, wether, motivation, injuries, and then finding odds that contradict these patterns.

Note: Of course, many other variable plays into the bet, so you need to have a basic understanding of the game as well. If Juventus played against a lot of bad teams in the last 50 games, and this upcoming game is against Atletico Madrid, this would naturally also play a large role in the bet and it’s probability.

Our example with Tottenham vs Manchester City looked great on the paper but its very unlikely to happen. Why? The focus and attention is just too big. Before Pepe Guardiola sits down in front of the press, the bookmakers already know and they act quick. There is no way around it and its the same reason why your livescore stream is 10 secs behind the real events so the bookmakers can protect themselves and adjust the odds in their favour.

What you need to do is to turn your attention to minor leagues where the mass media can’t inform the Bookmakers and the Bookmakers can’t be bothered to monitor the oddsmarket.

Bet365 probably have 100 people working on the Premier League market but nobody is looking at team news for Kolding If in the Danish 4.Divison. But you happen to know a guy that plays on the team and he tells you that they got 6 players from the first team which plays in 1.division which makes them stronger for the weekends upcoming match. So what do you do? You use this information and take the value bet.

Like everything else, value betting takes patience and experience – the more you do it, the better you become. So try to understand the market where you place the bets – Become a specialist in a league with less focus. If you hunt value in Serie B, then read Serie B news, team news, etc. Focus on one sport- Trying to master five sports is counterproductive. Focus only on one or max two sports. Always review your betting pattern: Are you loosing because of your analysis? Did you find the right or wrong information? Always try to improve. Finally, you must be patient and persistent. You can’t win every time but if you have value in your bets then you will win in the long run. And remember, “Sportsbetting is not a sprint but a marathon”. 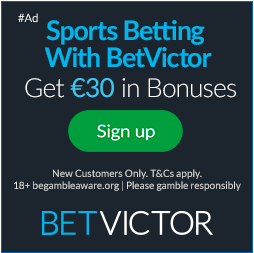