Football tips for today:Valencia vs Sevilla 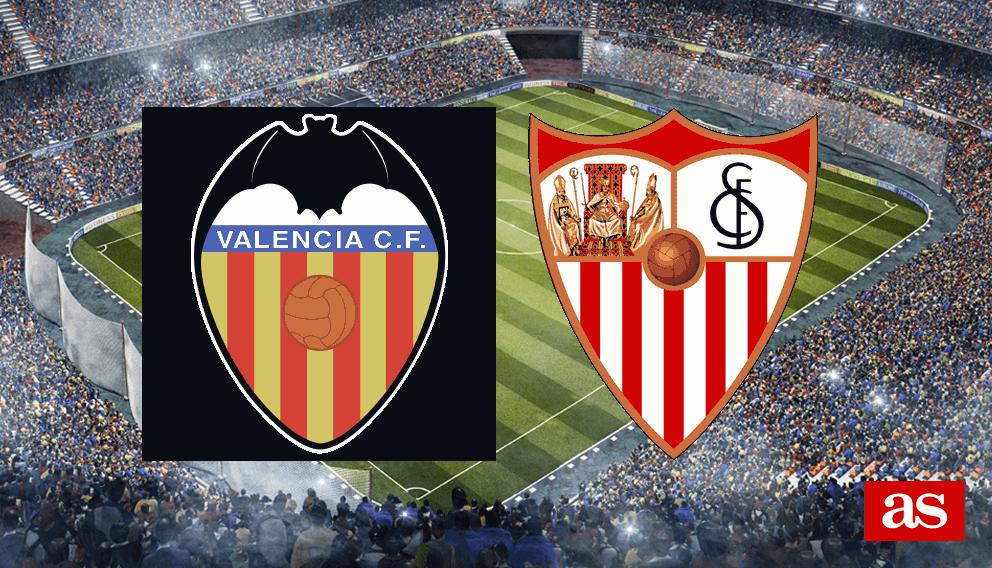 With a victory on Wednesday night, Sevilla can reduce the lead to Real Madrid in 1st place to only 2 points. Will the southern Spaniards succeed in overcoming Valencia?  The match starts on Wednesday 19 January 2022 at 21:30.

Sevilla was out in a local derby against Real Betis on Saturday. The Copa del Rey showdown was interrupted just before half-time at the 1-1 draw when Sevilla’s Jordan was hit by an object from the stands and the match referee was forced to postpone the rest of the showdown until the following day. Here, however, Sevilla pulled the shortest straw, and are thus out of the Spanish Cup tournament. Valencia were also in action on Saturday, but in a somewhat more subdued affair against Atlético Baleares from the third-best row, which they defeated 1-0.

Valencia have fared well this season, but with two defeats in the last two games against Espanyol and Real Madrid, they have to settle for a current 10th place in La Liga. However, there are no more than 4 points up to Barcelona in 6th place, so the hope of European football for next season is alive and well. The home team has proved difficult to defeat on its own turf this season with only two defeats in ten games.

With Barcelona and Atletico Madrid’s limping form, Sevilla seem to be the only team that can challenge Real Madrid in the title match this season. Pt. is the Madrilenians’ lead of 5 points, but Sevilla have a match in hand, so a victory here can really give excitement at the top of the row. The visitors’ defense in particular has been razor sharp this season with only 13 goals conceded in the first 20 games, the fewest of all teams in the league. On the other hand, there will probably be a few more goals in the last half of the season if they are to follow Real Madrid in the long run, seven goals in the last six games are not terribly impressive.

The bookmakers predict an equal showdown on Wednesday night when Valencia take on Sevilla in La Liga. The guests have been made narrow favorites, but the question is whether they can put the weekend’s hectic local showdown behind them quickly enough to be completely ready for this showdown.

If you only look at the current form curve in the league, then there is nothing that speaks against a victory for the guests here. They are unbeaten in the last six rounds, five of which have ended in victory. The only point loss in the six matches came against Barcelona, ​​where Sevilla played the last part of the match with a man in the minority. The form of the home team, which has lost the last two matches, is not quite as good.

There is a difference in how much effort Valencia and Sevilla had to put into this weekend’s Copa del Rey round. The home team had a relatively quiet day in the office when they defeated Atlético Baleares from Spain’s third best row, while Sevilla had to be in action both Saturday and Sunday against local rivals Real Betis, a showdown that even ended in a defeat. The visitors rarely drive their opponents in the middle, so with the short recovery that they have had prior to this showdown, they may risk missing the last percentages, which usually throw 3 points off. The tip of the day is a X